I was inspired by Sara Van Der Werf's post to finally start doing number talks. I haven't read any of the books yet so forgive me if I'm screwing this up.

It took me three days of number talks before I realized I should start saving these pictures.

They are pretty terrible but I'd like to have a starting point to look back at.

The first two days were counting items in a picture so when I threw this one at them, I realized maybe a fraction problem was not the best one to use first.

We had a rough start but there was about one interesting answer per period so all was not lost. 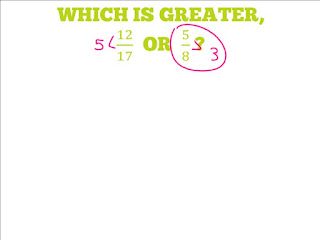 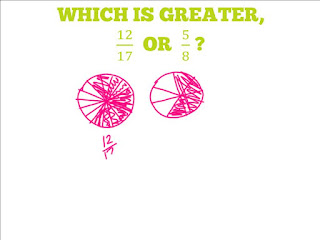 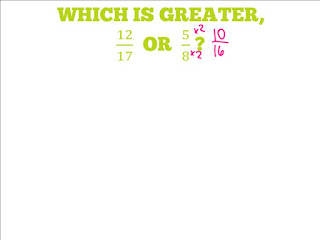 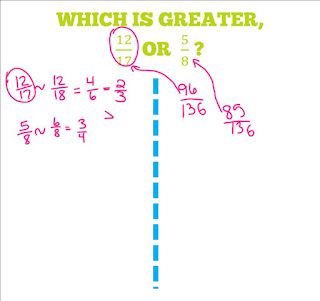 A lot of them chose 5/8 because they said they learned that the smaller fractions are bigger pieces.

I'm really trying to put the emphasis on how we are thinking about things over right answers.

I also used Sara's name tent idea and more than one student wrote that they liked how we were learning about different ways to think and that they appreciate me letting them be creative.

Be still my heart.

It was much easier to get them to talk about counting dots and footballs but I'm not giving up!