I took their papers and used Wordle (currently using wordart.com) to type in all the responses. Then I copied into basically the size of a book mark so I could fit four per page. 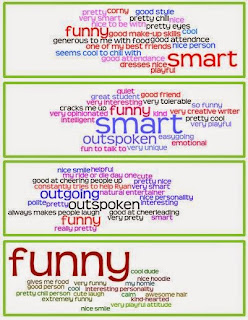 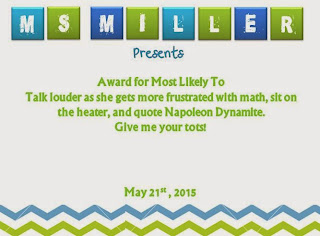