There are so many different versions of erasers but this is my new favorite: foam rollers!

I bought two 10 packs of black rollers from the Dollar Tree. I took out the plastic pieces and voila, instant erasers.

It's awesome that they are black because stains don't show up. We've been using them for a few weeks and only one student has even noticed that they are hair rollers. 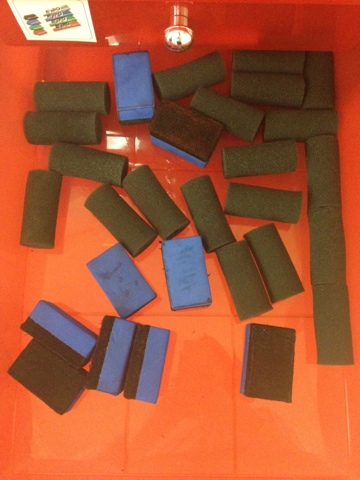 We all know how much paperwork is required for our jobs. My new favorite way to organize it is by using clip boards. I went to the dollar section in Target and found clip boards for $1 each. There were four different designs so I went ahead and bought 2 of each design.

When I got back to school, I hung up the eight clipboards on a bulletin board. This way the boards can easily come down when I need them but yet also have their own place.

I tried giving each clip board a category but some of the papers we get have no real label so that doesn't work super well.

But at least I know when I need a paper that it is somewhere up here hanging nice and neat on a clip board. 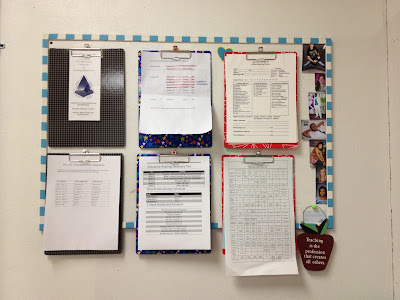 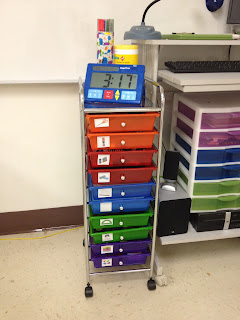 I even printed and laminated (with my new laminator I got for Christmas!) little pictures of what is inside each drawer. 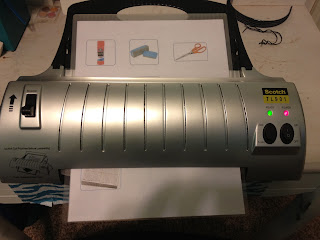 I wanted something simple and cute- nothing that I have to peel or scrape off. 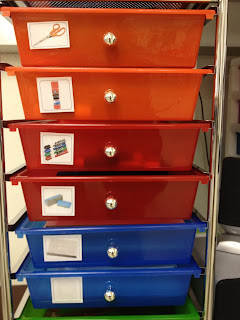 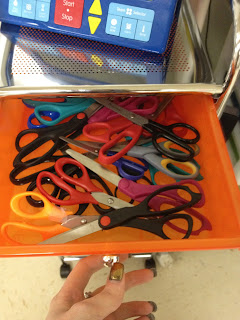 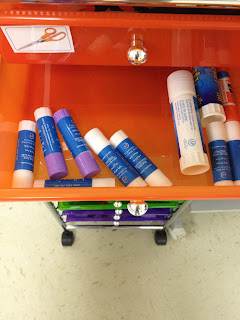 It's also really convenient if another teacher needs to borrow something- I can just pull out a drawer and hand it to them. Much better than the little bins I used before: 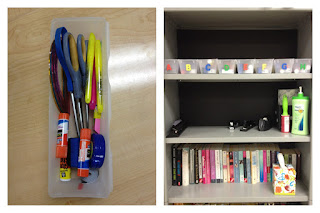 If I did more group work or my students sat at tables I probably would have used them more. Maybe I will think of a better idea for those.

I'll go ahead and warn you that this won't be the best explanation.

I'm posting about a different way (for me) of teaching the slope formula. I transition from functions to linear functions via tables. As we learn to use a function rule to create a table, we then plot the points in the table and graph.

After we are experienced with that, I teach about slope (I should blog about that too I suppose) in context and we start counting rate of change and slope. 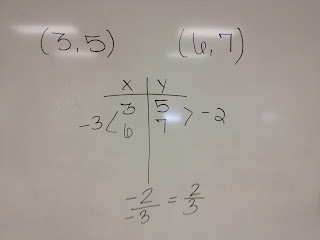 I like this way better because there isn't as much confusion in finding x1 and y1. It doesn't matter which ordered pair you write first anyway.

Sometimes the students do write the pairs vertically instead of horizontally but overall I am much more satisfied with this method rather than the formula.

As much as I can, I am trying to get away from memorizing formulas and trying to build things conceptually. Now you may say that students have to memorize this method as well but I would respond to that that the tables are much more of a natural progression than a random formula.


For my first post of the new year, I would just like to say that I did not spend any of my Christmas break thinking about students, school, math, or lesson plans...